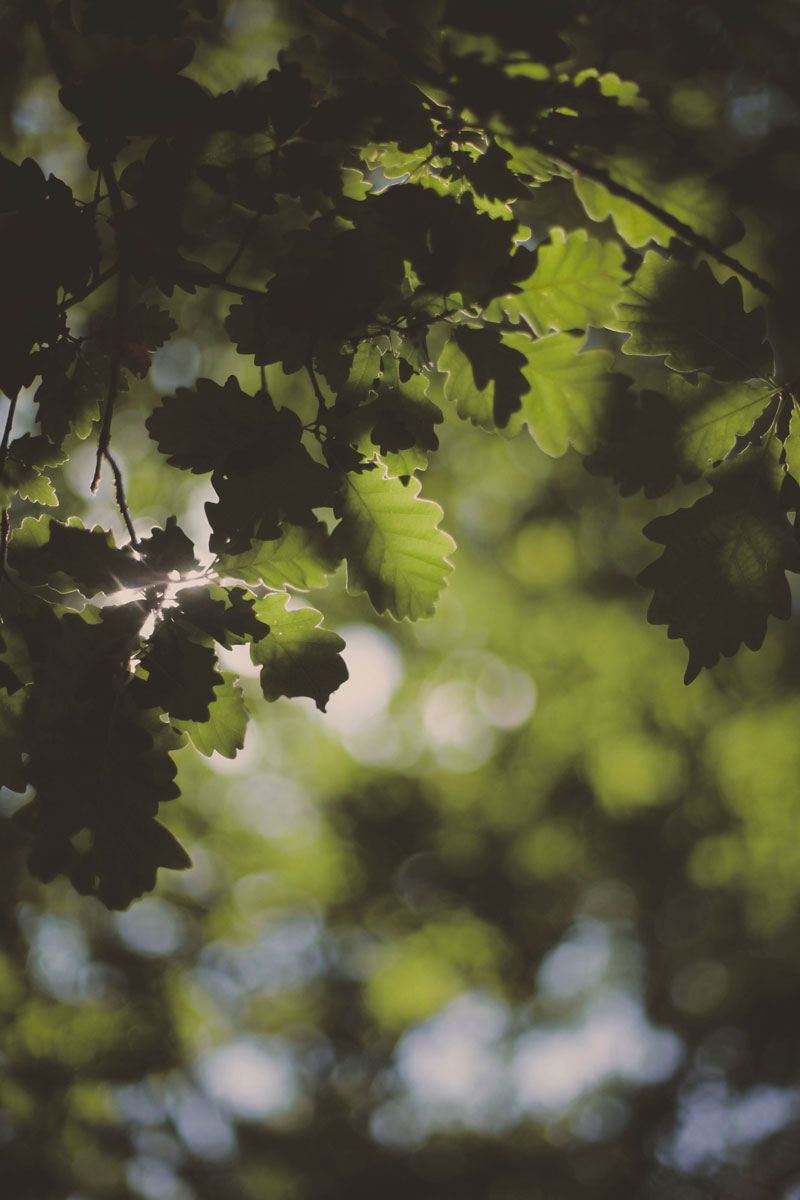 Notes for the Season

The Oak, the Jay and the Acorn

This potentially divisive regional observation was coined to help us ‘oak know-nothings’ distinguish between our two native varieties by looking at their acorns.

There’s no need to swat this up unless you want to though it would be great if we just looked just a little longer and closer at any oak.

…Or “Ac” as the Saxons would have said. Their word for the oak is buried deep and wide in our language centuries long after many of their forests vanished beneath our streets and homes. From Gospel Oak to Honor Oak, the oak tree is embedded not only in our city life but deep in our culture – as in Acton and (quite possibly some contest) Hackney.

The Celtic word for Oak is Duir from which we get the word Druid. The Druidic world believed the oak was the source of strength and energy and later folklore intimated that to catch a falling oak leaf brought good luck and prosperity.

What’s to see in an oak? 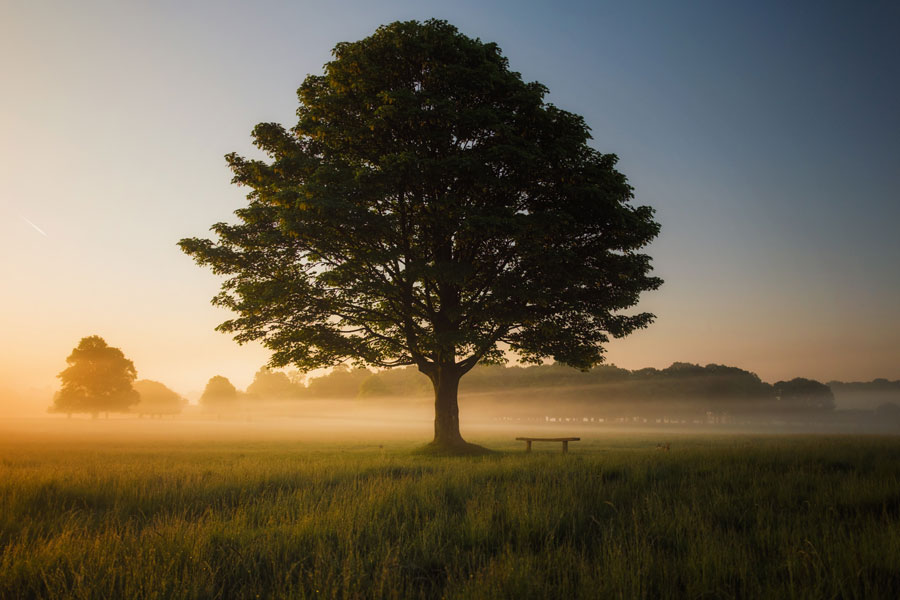 From a distance: The next time you’re passing by an oak tree in your local park take a look at its shape. Its boughs and branches neither droop nor hang but instead rapidly angle more or less sideways away, in semi crooked ‘arms’ from the trunk into an identifiable lace-like filigree towards the outer reaches. Once you’ve noticed this a few times – particularly easy to do out of season – the gist of the oak shape will endure in your mind.

Close up: Look for the familiar ridged bark fissuring the trunk, not smooth like beech or birch – and of course those wavy edged leaves, down the centre of each runs a straight vein with pairs of veins seemingly opposite each other, but on closer examination you can see that they are slightly offset.

Who cares?  Well no-one need care, but when we pay such attention we can begin to see the myriad subtle, curious variations on this simple format across any leaf from any tree. And if that doesn’t interest you, then try catching an oak leaf as it falls in Autumn – the ancients might have been onto something.

And then there are acorns…

You know about acorns. And if you don’t, let’s save that for another day.

As with the oak, so with the jay: observation is rewarded. Jays are simply beautiful. Quite possibly that’s much as we need to know. Even those of us who can identify our native ‘Bird of Paradise’ will find ourselves caught out when we have one of those serendipitous moments in which a jay lingers long enough for us to take in its remarkable Farrow and Ball ‘paintwork’. Colours vary, but expect to see a mixture of turquoise, sky blue, chestnut, black and white. 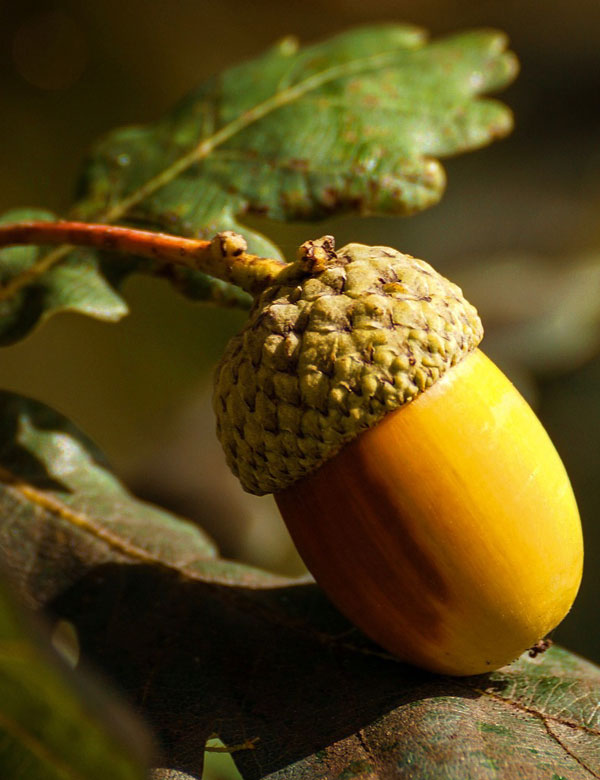 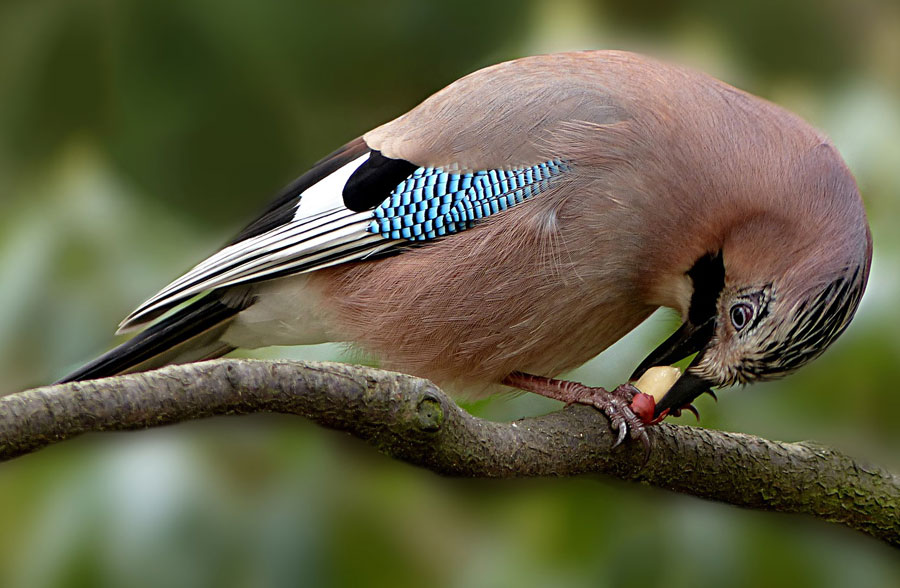 Often heard before they are seen the jay’s names – from the Gaelic schreachag choillie, ‘screamer of the woods’, to the Latin Garrulus Glandarius, ‘noisy acorn eater’ – tell us what we may know already. Restless, shy of humans (they were once hunted in their thousands for their eye catching blue feathers) jays pair up in spring and usually stay together for life; an achievement which becomes ever more impressive the longer one lives…

Though it is still technically legal to kill jays, in some specific circumstances, the fight for their preservation is finally turning in their favour. Ironically, the alleged oppositional relationship between landowners and jays forgets that some landowners like to keep jays in the woods as the racket they kick up can be a giveaway of the presence of poachers.

The jays’ instinct of ‘caching’ their acorns in the ground – up to 5,000 a year – is the prime means of spreading our population of native oaks; over generations it enables oak stands, seemingly in defiance of gravity, to ascend hills.

Curiously jays, excellent mimics of other birds and also of lawnmowers, car alarms and other suburban clamour, have a mysterious affinity with wood ants. They like to lie on an ants’ nest and fluff up their feathers which is believed to encourage the ants to give out a defensive spray of formic acid keeping the birds free of parasites.

As spring turns into summer watch out for jays as they pair up and then seemingly vanish, only to reappear in autumn as they begin foraging for food again.

And if you suffer from ‘jay deprivation’ – a common urban condition whereby you feel you have not being given an opportunity to appreciate these gorgeous, dandified creatures (note their 60’s Zapata moustache) – then help is at hand here: