Forgive us Our Trespassing

This land is your land, this land is my land
From California to the New York island,
From the redwood forest to the Gulf Stream waters;
This land was made for you and me…

This Land is Your Land, verse 1
WOODY GUTHRIE

As a small child I was metaphorically transfixed by an image inside the doorway of Worthing Museum. On an ancient, weathered, wooden sign from the Duke of Norfolk’s Arundel Estate, a roughly painted scene: a moonlit night, dark scudding clouds, a ragged poacher writhing in agony as the jaws of a mantrap clamped his leg. Below this chilling image was just such a terrifying rusty, saw toothed contraption – I needed no further instruction in the principles of land ownership. The sign said it all:

That land wasn’t made for you or me.

…yet there is something provocative and jarring about those possessive, shouty ‘Keep Out’ signs which bark at us from beyond the barbed wire…

‘Trespassers Will be Prosecuted’ a depressingly familiar threat to anyone who has ever set foot anywhere in the countryside. It was once a useful conversational prompt to point out that a trespasser could not in fact be prosecuted as trespass was a civil wrong not a criminal offence. However, the Criminal Justice and Public Order Act 1994 put paid to that line of debate as trespass can now be legally construed as a crime. The ravers and HS2 protesters among you will, I am sure, be familiar with this legal nicety. At the time of writing April 2021, the Police, Crime, Sentencing and Courts Bill is being heard in parliament and threatens, amongst other things,  to extend the powers to criminalise trespass.

Why all the fuss about trespass? If we go back to fundamentals we might start in our own ‘backyard’. We know how we might feel if/when a stranger is in our home without our permission – pick any or all from: bemused, puzzled, scared, angry, outraged.  So, if someone wants to deter us from entering ‘their land’ shouldn’t they be allowed to do just that?

Yet there is something provocative and jarring about those possessive, shouty ‘Keep Out’ signs which bark at us from beyond the barbed wire.  Perhaps we need to look beyond the legal distinctions to the underlying political tensions around land rights and its lesser known but vital twin, land responsibilities. 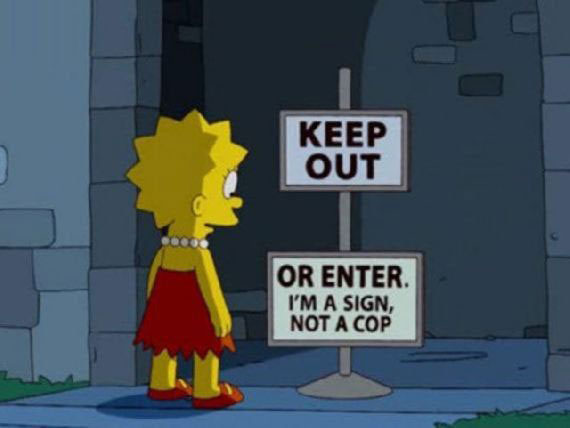 Serving as an appetiser for a broader debate, it would be useful here to field some starter questions.

LoHo is predicated on the belief and evidence that getting outside, experiencing the natural world and its elements first hand via our own senses is a ‘good thing’. But after we have Logged Off, to where in our land is it legal for us to Head Out’?

Don’t we have a ‘Right to Roam’?  Short answer: no – this exists for just 8% of our land and is often in isolated, inaccessible places.   Longer answer here in this informative and pleasingly designed website: https://www.righttoroam.org.uk/

Why don’t we have the right to be anywhere we choose – within any necessary restrictions and recognised responsibilities?

Right to Roam (RTR) is not a ‘gift’ bestowed upon us grateful serfs but a pre-existing and ancient custom by which anyone can wander in open countryside, whether the land is private or publicly owned. This custom still exists across Europe and in several countries, including Scotland, and is considered such an important natural benefit that it is a common right codified into law. RTR allows people to sleep swim, walk, run, ride horses and cycle anywhere on any open land unless specific and justified exclusions are in place.

In England however RTR is built upon an assumption of the right to exclude. RTR is only granted to a few specific areas which, as specified in the 2000 Countryside & Rights of Way (CRoW) Act 2000, gives us a partial Right to Roam over about 8% of England.

So is RTR a ‘Good Thing’?  According to a leading Good Thingologist, otherwise known as me, the answer is a resounding yes. We just need more of it – lots more.

It’s important to note here that RTR is not a free for all. It is fundamentally constructed around the idea of clear responsibilities. These responsibilities are towards the ecology, land usage and other economic considerations of the landscape. For every aggravating ‘Keep Out’ sign, I have also seen ghastly examples of littering, fire starting and rubbish dumping by the small percentage of walkers who are FRI’s (Free Range Idiots) who cannot connect themselves to the nature that they are trashing. They thereby hand RTR’s opponents a very large cudgel with which to beat its supporters.

Hearteningly, I have also observed that the very act of continuous immersion in the countryside – the essence of walking – engenders an appreciative, generous and protective attitude towards nature which makes walkers some of the fiercest guardians, not only of rights of access to land, but also of its preservation and protection.

What about footpaths? Don’t they give us access to great swathes of countryside? Short answer yes and they are the precious flowing arterial system of all walking across the UK. Footpaths are Good Things.

Footpaths are an incredible historical, cultural and legal force. They are amongst our most valuable ‘social capital.’  Without them we would be penned into our cities, towns and villages; with them we can gain access to some of the most beautiful land in Europe.  But it’s worth remembering that, even with this sacred network, 92% of the countryside and a staggering 97% of our rivers are forbidden to us.

In the UK we live under the dictum: ‘Cuius est solum, eius est usque ad coelum et ad infernos’
– Whoever owns the land owns it all the way to heaven and to hell.

I prefer to sing, tunelessly, along to Woody Guthrie’s fifth verse:

As I went walking, I saw a sign there,
And on the sign it said, “No Trespassing.”
But on the other side it didn’t say nothing.
That side was made for you and me.